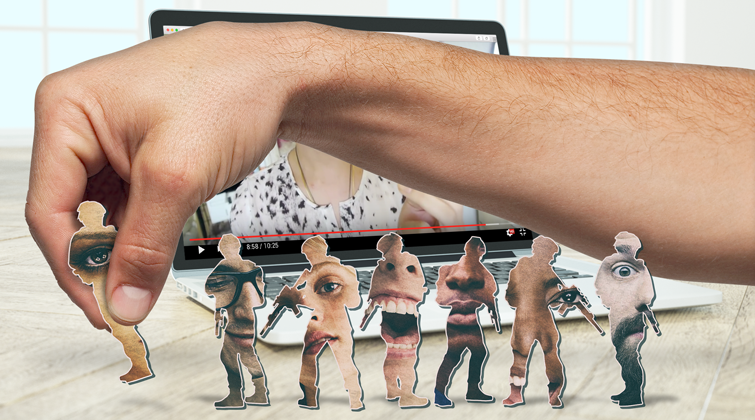 Once a function of PR, but now very much embedded within everyone’s marketing strategies, influencer marketing is the biggest game in town. And by big, we mean soon-to-be $15 billion big. Yep, you read that right.

But, in the light of recent reports highlighting the difficulty in the influencer driven game, is it time to think again? We explore the past, present and future of influencer marketing, and take a look at the technology that’s helping marketers engage millions of genuine voices with genuine influence, delivering genuine results.

Let’s start by going back – and I mean way back, when internet just about reached every household. Gone were the days of super-expensive billboards and celebrity driven ads. This was a new dawn, apparently saving us from marketing overload, where everything was measurable, where scale kept prices down and where campaigns could be tweaked or switched in a heartbeat.

Then the internet broke.

Ad-blockers went all ad-blocky and blocked all the ads, leaving the field clear for giants like Facebook and Google to scoff up all the scale and inflate their prices accordingly. And the interweaving of customer-service with social meant that people were far more likely to respond to a sponsored post by grumbling about the last thing they bought from you than they ever were to go and buy anything else.

So, along came mega-influencers: the Chiara Ferragnis and the Zoellas of the world. Users could now switch off ads with just a couple of click and the smart money threw itself at the feet of ‘real people’ who could cleverly shuffle a sales pitch into everyday conversations instead. It was both modern and as old as the hills – a digital version of Victorian Avon parties, where local ladies would cooingly gather at the home of someone with fewer wrinkles to have her sell them the latest potions and lotions.

And, at the end of the day, who are you going to listen to? The faceless corporation with their YouTube pre-rolls and that greyed out button promising that you can skip this ad in 5, 4, 3, 2… god, I hate this brand! Let me click it NOW! Or the hot, new mega-influencer whose video you’re desperate to get to, Wizard of Ozing her way behind the curtain: all-knowing, all-healing, all-solving (but, actually, just a teenager from Chertsey with a cheap set of lights she bought off eBay)?

Would that it were so simple. Sadly, just like the advertising of the old game, mega-influencer marketing quickly became painfully expensive, impossible to scale and the results continued to be entirely dubious. How expensive? Well, according to MediaKix, a simple Instagram post could set you back as (ehkem “little”) as $150,000 for a mega influencer and up to $500,000 for a celebrity. If you had that money laying around as a brand and wanted a quick snapshot of Alexa Chung wearing your parkas, then you knew what to do.

But for the most part, the game was slowly changing. Moving away from the super-expensive tip of the iceberg – where the mega-influencers preen and pose in their penguin suits – to the massive potential below the waterline: the macro- and micro-influencers who may have a significantly smaller reach but also have infinitely closer relationships with their audiences – and way more credibility. They might be much more work to manage, and it’s often trickier to control the message, but the truth is that the smaller the influencer, the more people tend to listen to them.

In fact, micro-influencers get 60% more engagement, and marketers have started to switch their attention accordingly:

“The ratio of likes and comments to followers peaks when an account has around 1,000 followers. Get more than 100,000 followers, and engagement starts to flatten out; users just aren’t as keen to interact with a celebrity as with someone they can relate to more closely.” – Sidney Pieruccci, Medium

But don’t get too excited. That diverse, yet targeted, audience may sound appealing, but it may also be largely fake. Because truthfully, if the internet can reach it – so will a bot. And, while it seems a bit too ‘Black Mirror’ to imagine your average bedroom beauty blogger writing bot-scripts to boost their base, it’s much easier to imagine them participating in practices like ‘loop giveaways’ – where audiences have to follow entire lists of (paying) influencers to stand a chance of winning. As one micro-influencer told Adweek, “If you’re spending money to buy into a large giveaway to get followers who otherwise would not be following you, I count that as buying followers.”

So, what effect does all this have on the real-world impact of influencers? Well, let’s talk a little about Arii, a mega-influencer with 2 million followers. Sounds like every brands dream ambassador? Well not exactly – she struggled to sell 36 t-shirts to her, I repeat, 2 million audience. Ouch.

Not that anyone’s really measuring sales when it comes to influencer marketing. In fact, 60% of marketers who commission campaigns with influencers (regardless of their reach) have no attribution model in place to help them assign credit for generated sales, while over two-thirds of them don’t believe that the influencers they work with care whether or not their content drives sales for the brand. Well gee, guys. Thanks.

Someone’s getting rich out of this. And it isn’t the brands.

Thankfully, there’s another level still. If you look beyond the celebrities, the mega-influencers, the macro-influencers and even the micro-influencers, you can find the real gold. We could call them the ‘nano-influencers’. Or, to use the old-fashioned term, we could just call them ‘your customers’. That’s right. Your customers are the best influencers you could ever hope to activate, and their influence is proportionately way greater than the people currently cashing all those marketing cheques. Better still, you can instantly track every sale they generate (and only reward them when they do), they already love your brand and, in a fraction of the time it takes to put together a single campaign with one pay-to-play influencer, you can activate armies of them. How? With technology.

Put simply, referral delivers all the things that influencer marketing promised but failed to deliver. It’s affordable, it’s easy to scale and the results are endlessly measurable. The only difference is that, instead of betting the farm on one or two golden hens, marketers can use technology to equip and engage enormous numbers of people, most of whom are likely to generate incremental sales and many of whom will generate mega-influencer levels of return.

Referral marketing drove 5,000 direct sales from an influencer no one had even heard of before, and who didn’t cost a penny to recruit.

Take one campaign we powered for a well-known UK mobile phone network here at Buyapowa. By building in gamification – one of the hot new trends in referral – we were able to trigger friendly competition among the network’s customer-base. The customers who got the most friends to join the network stood to receive an eye-catching prize and, within days, several of them had already signed up hundreds, and even thousands, of new customers. In fact, the eventual winner managed to get over 5,000 people to switch mobile network. Five thousand direct sales from an influencer no one had even heard of before, and who didn’t cost a penny to recruit.

No one had to spend months wrangling an rolodex full of agencies, each jostling for the best deals for their influencer clients. No one had to pay an eye-watering fee for a smidgen of an influencer’s time and attention. The brand simply plugged in our technology, reached out to its customers and let their natural influence take its course.

And this is something we see every day, across all kinds of clients in all kinds of industries, from fashion and beauty to online gaming and grocery: hundreds of brands and retailers activating an immense number of influencers so disparate and anonymous they could never even have hoped to identify them before. But, thanks to referral technology, those armies of influencers can be identified, engaged and put to work, delivering thousands of additional sales each and every day.

If that’s enough to influence your thinking, just get in touch.