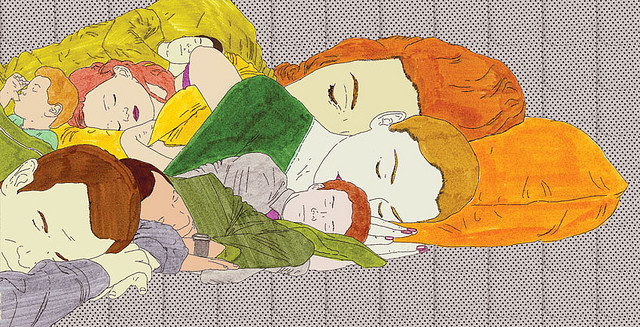 When a Great Blog Article Inspires You To Post!

We were inspired to write this blog post by Matt Owen’s excellent recent article in eConsultancy entitled: How can brands make money from social media if they aren’t allowed to join.

While that article was mostly targeted at social and content marketing, there are clear parallels with Social Commerce and the offers that brands and retailers can make to their fans and followers via social. Basically, like great content, great offers will get shared, particularly when there is an incentive for the person sharing the offer, and the sharing task is made both easy and natural.

On the subject of making money from social, Matt commented:

‘Businesses still don’t appreciate social or content.……I have regular bouts of apoplectic rage when I hear from people who not only don’t believe that social makes money, but are so pig-headed about the whole thing that they refuse to believe that there are better ways of measuring how and why it’s performing.’

While perhaps not reaching the heights of apoplexy Matt describes (but then we do assume he is tending towards hyperbole here 🙂 ) we share his frustration.

It is strange to still be discussing this on the eve of 2015, when there is plenty of evidence of brands successfully selling directly through social: for example as far back as 2009 (seriously that long ago!) Dell reported $6.5m in sales of PCs and accessories via Twitter or more recently KLM reported a 400% ROI on social media even with the costs of a social media team of 132!  Despite this some people seem to prefer the ostrich like advice of the ‘self-appointed social media gurus’ that you can’t sell or even market via social.

We have seen from our own experience in helping leading brands like Tesco, NBC Universal, EE, Oasis and many more sell through social, that if you understand how social works (and particularly how it is different from other channels) then it can be a very efficient and cost effective way to reach new and existing customers. Well enough of the sales patter for now, but suffice it to say that those who refuse to believe you can sell via social are missing such an opportunity.

Hopefully the fact that you have read this far means we don’t have to convince you that there is (potentially) gold at the end of the social media rainbow!

In another recent blog post, Nate Elliott of Forrester stated that:

Noting that brands posting promotional content ‘will see a significant decrease in distribution’, he urges brands to reconsider how they spend money on social and that they should ‘recognize that Facebook and Twitter are not what they were from a marketing perspective’.

In other words Facebook, and increasingly Twitter, is closing the door on scattergun ‘post and pray’ tactics to get content to your fans and followers. Lazy posts of competitions and cat pictures on your brand’s Facebook page will no longer get seen, even by your own fans. Well not unless you pay Facebook to promote your kitten posts that is.

We seriously doubt that this development surprised many people, well at least those who bothered to look at the giddy valuations of Facebook and Twitter and wondered ‘just how are they going to make all that money?’. But the speed of the change, announced progressively over the course of the last 18 months, may have caught some marketers by surprise.

The fact that it is hard to get your posts seen even by your own fans and followers is nothing new. Nate Elliott reminded us of a previous Forrester article which quoted a Forrester study finding that for every 1 million Facebook fans, a brand’s posts received only about 700 likes, comments or shares. While on Twitter, the ratio was about 300 interactions per 1 million followers. All that has happened since is that Facebook and Twitter have continued to tweak their algorithms to further prejudice brands that don’t pay to talk to their own audience.

Nate’s conclusion is that brands should rely less on Facebook and Twitter and build social relationship tools into their own sites. While we don’t disagree with that, it’s not enough on its own. Brands need to get more innovative and actually make offers that their customers want and which have social ‘baked in’. This means encouraging those who actually do get to see your posts to share them with their friends, family and followers. We will come back to that later.

The rise of  Dark Social

Going back to Matt’s blog, he raises an interesting point about how social is changing by quoting statistics from Radium One:

‘Up to 91% of social media users share content through Dark social channels. IM and email that you won’t be able to track properly’

‘Increasingly, users are migrating to closed messaging platforms like WhatsApp or WeChat, and closed networks like Rooms or Ello…..[users are] making the move to platforms where we can’t shove annoying ads in front of them.’

While Matt tackles the increasingly complex task of tracking the diffusion of content through social and the futility of tracking effectiveness by the ‘last click’, the rise of Dark Social means that the diffusion of offers via social also becomes harder to track. This is because the viral spread of a social commerce campaign can step in and out of social, including the so-called Dark social or even go offline and then back online. It’s a fact of life and you have to accept that you will not be able to be able to track every step of sharing.

But rather than obsessing with trying to track each step in the diffusion of your offer, we think you should focus on outcomes or sales. Using unique shareable tracking links means you can identify the person who initially shared the link. By trying different campaign types you can compare results and perfect your strategy by understanding what types of deals work best with your audience and what customers are more likely to act as positive catalysts for your offer.

Email subscribers or fans and followers?

Clearly it is no longer a valid strategy to just get a lot of Facebook followers and post in your Facebook Group and hope for a ripple effect. But does the increasingly restricted organic reach of these leading social networks devalue a like or follower compared to an email?

And on the subject of the relative worth of an email and a Facebook fan he says ‘go for email every time’. This week The Drum also reported that email was more effective at getting shoppers attention than social.

However, we think that re-opening this old ‘email vs social’ debate serves little purpose. While email can often be more effective than social for the initial contact with your fans and followers (particularly if you have a reactive email list), it is only one way by which your offer can be seeded or shared. An email subscriber will often share an offer on Facebook or Twitter or even send a short link via Whatsapp, and someone receiving that offer via social can then share by email or even word of mouth.

We think that it is far more important to design your offer for social, for example by:

In concluding, we will leave you with another nugget from Matt’s blog post on the future of social:

If you would like to learn more about how we have helped leading brands and retailers develop social commerce campaigns then please contact us for a demo.