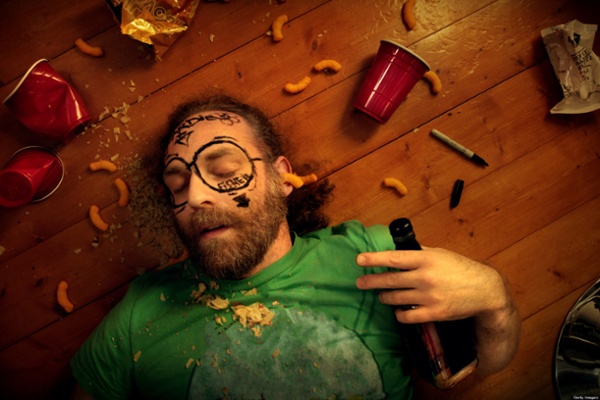 Phew! Together with retailers all over the World, you will be breathing a sigh of relief now that Black Friday and Cyber Monday 2016 are behind us!

This is because the past weekend was the culmination of months of planning to ensure that your websites stayed up, your call centres were able to take the strain and your logistics partners were fully prepped for the deluge. Of course, it will not actually be over until all those parcels have been delivered and all the returns have been dealt with, so it is safe to assume that you will be busy for a little longer yet.

But while you won’t have actual numbers for a few weeks, it would only be human for you to be already taking a mental stock of what these two momentous sales days actually meant for your business.

Early indicators already suggest that the Black Friday weekend was one big shopping party, even bigger than 2015! And even if shoppers continued to shift spending online, with Tamara Gaffney of Adobe claiming Black Friday 2016 dethroned Cyber Monday as ‘largest online shopping day of the year’, in-store spending in the UK was still predicted to increase 10.5% compared to last year according to the Centre for Retail Research.

But like all good parties, the morning after normally starts with a hangover as you try and piece together what happened the night before. And the bigger the party…… the bigger the hangover.

But it doesn’t have to be that way….

So although it will take a while before the dust settles and you get actual numbers, as a CMO or Head of eCommerce, you will probably already be doing your mental profit and loss (or income statement for American readers) in your head while you take your morning shower or walk your dog. In part that is because you know that, at some point, you are going to have to sit down and talk through the numbers with the finance guy in your company. That is likely going to be something you are not looking forward to.

Your thoughts are likely going to be something like this:

What about gross sales?

Those were probably great. A double tick in that box. Even after accounting for returns, you probably shifted a lot of stuff. And even your warehouse guy is probably happy that you shifted on some problem stock, that is until half of it returns in the next 14 days!

So what about gross margins?

Well let’s not look too closely at that one. We do understand that it is hard to maintain margins when all your competitors are shouting ‘70% off’ from every rooftop, billboard, TV screen and banner. So you probably made a huge margin sacrifice to stand out against all the noise.

So net margins are going to be a lot worse?

Frankly you probably also spent a packet on marketing and advertising in the run up to this crucial peak sales period. And of course, because everyone else was doing the same, your paid click, paid social media, affiliate and other costs were bid up beyond belief. Even if you tried to be smart this year and started advertising a few weeks before your competitors woke up, your marketing costs soared, probably to the point that you barely have any margin left at all after the Holiday Sales.

But what about customer lifetime value?

Right now, it is not looking very good is it? But every educated marketer knows that beyond the immediacy of deducting average cost per acquisition from average order value, the value of an average customer is not just from one sale, but the total value of all sales over the lifetime of your customer relationship. So surely lifetime customer value from all those new email addresses, phone numbers and postal addresses will ride to your rescue?

Well if you look a little closer, you will see that many of those new customers are actually bargain hunters who only want to buy from you when you are offering 70% or more off list price. And what’s more, they probably have little concept of brand loyalty and will head to your competitor if they offer a better deal tomorrow. To make things worse, even if there are some potentially good customers in the mix, they will have just emptied their wallets and may not be back again until the beginning of their next purchase cycle, which might not be until next Black Friday!

It all sounds quite depressing doesn’t it? Right now you are probably standing under the shower with the water pouring over your head having lost the will for breakfast never mind commuting to the office. Or perhaps you are walking the dog to Blackburn and back.

But all hope is not lost. There is a miracle cure for your hangover!

First of all, it didn’t have to be like this. If only you had taken our advice to ensure you got something of value from your inevitable bargain hunters by making them earn those bargains by referring their friends and colleagues!

But the good news is that it is not too late! If you start from the premise that if you know one thing for sure about these people, it is that they like a bargain and that they will often put considerable effort into getting that deal. Now what you need to do is use that fact to get them to bring you good and price-insensitive customers that deliver the lifetime value that will turn around your Black Friday numbers.

That doesn’t mean have Black Friday every week, but it means creating a permanent and always-on referral program that allows people to earn great deals by referring their friends, family and colleagues. And what is even better, those great deals don’t need to be discounts, and can be fan based or experiential rewards that cost you little but have high value for your customer.

All this is possible simply because bargain hunters all have plenty of friends, family and colleagues that are not as price sensitive as they are. And with the right motivation and tools you can get these deal hunters to refer new and good customers to you, again and again. That is how you can get value from all those bargain hunters you just acquired!

Let us help you

So let us rescue you from your Black Friday hangover and
help to turn your red ink into black. Just drop us a line and we will show you how to create an always-on referral marketing channel that will deliver value all year.

That has to be better than two Alka-Seltzers!