[:en]Demand Metric and RewardStream conducted a study to learn about the current state of referral marketing, and have produced our 2016 referral marketing benchmark report. This follows up on a study completed in the fall of 2014, so this report can now share trend data about the interest in, evolution of and success with referral marketing. This report shares the findings and recommends some best practices based on the data.[:] 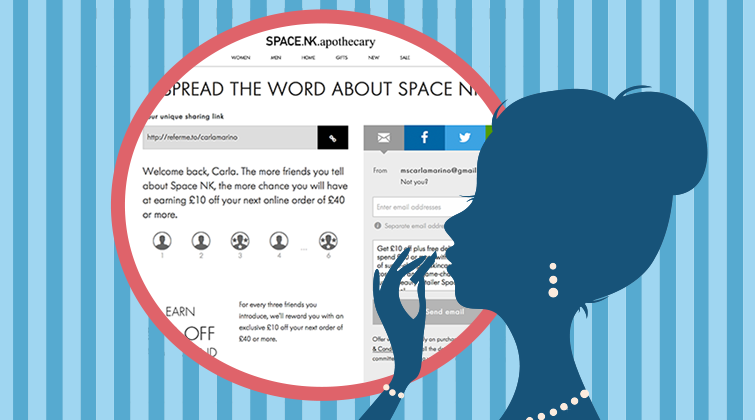 When it comes to referrals, one size definitely does not fit all. What works for a supermarket won’t work for a luxury fashion brand. What works for a mobile phone network won’t work for a casual dining chain. And, if there’s one sector which is all about finding the perfect match, it’s premium beauty – where the slightest variation in shade, smell or effect can make a massive difference. US wireless carrier T-Mobile took another step forward in its quest to be more customer-centric in early June 2016 by giving away a T-Mobile Share (TMUS) to every single one of its customers.  More accurately, every single T-Mobile subscriber line earns a share through T-Mobile’s “Stock Up” marketing program, promoted with a flashy “Stock Up” campaign on social media. T-Mobile will also offer its customers a share for every new customer that they refer to the carrier.  So: For every new T-Mobile subscriber that joins as a result of a customer referral, T-Mobile will grant the advocate one share in the company, with the ability for subscribers to earn up to 100 shares a year.  The company is apparently paying face value for the share that it is distributing to its new shareholders, and the company estimated there would initially be around 1 million shares issued through the program.  And those shares might be worth something.  T-Mobile’s stock price has had a good run over the past few years, and some analysts believe they are considered ripe for acquisition by their competitors.  Unlike industry giant Verizon, their stock has grown almost 150% in the last five years, when other carriers have remained in the doldrums. T-Mobile has been working hard over the past three to four years to grow its market share in the US.  After trailing in fourth place behind Verizon, AT&T and Sprint for a few years, 2015 marked the year that T-Mobile displaced Sprint and moved into third place behind AT&T with just over 16% market share in Q3 of 2015.  Consumer Reports recently ranked T-Mobile as the Number 1 national carrier based on the publication’s readers’ sentiments about carrier value, voice quality, text services, data speeds and customer support. Heady days for Team Magenta indeed. This new referral program comes with a new twist, and we like it.  Many wireless carriers offer referral programs today.  Full disclosure: Buyapowa offers referral programs for wireless carriers across the US and Canada through our Spark referral platform.  Our customers typically offer compelling rewards to advocates when referrals turn into new customers.  These rewards are often issued as a pre-paid credit card or an account credit where the reward funds are credited to the user’s account.  This latter method has the benefit of placing the reward money back into the subscriber’s account and into the coffers of the carrier itself.    Many wireless subscribers don’t track their wireless account bill every month and sometimes there can be a mental disconnect between the act of making a referral (advocating for the brand) and the event of receiving the reward – when that reward is paid directly into an account, out of sight and mind of the consumer.

The idea of a referral reward being something different from cash or an account credit is always interesting.  Some brands — like Tesla and others — offer unique rewards in order to pique the interest of the consumer.  Some research has shown that consumers are not always stimulated by the reward value itself,

but often how it is presented